It all started because of their high school prom. Sorry readers, this isn’t a love story. Daniel and Haley didn’t even know each other! Daniel had a friend that wanted to go with Haley's friend, but Hayley's friend would only go if Haley went, so naturally Daniel helped out his friend and took Haley. They didn’t know anything about each other, much less did they know they’d become friends, end up majoring in the same thing at the same University, and running for Student Body President and Vice President.

Daniel has had it on his mind that he wanted to run for Student Body President, and as his platform and campaign grew, his intent was to run with another person as his Vice President. Unfortunately, that person had other obligations, so Daniel "went into full-scramble mode". What Haley didn’t know, is that Daniel would be reaching out to her, his longtime friend and co-campaign manager. 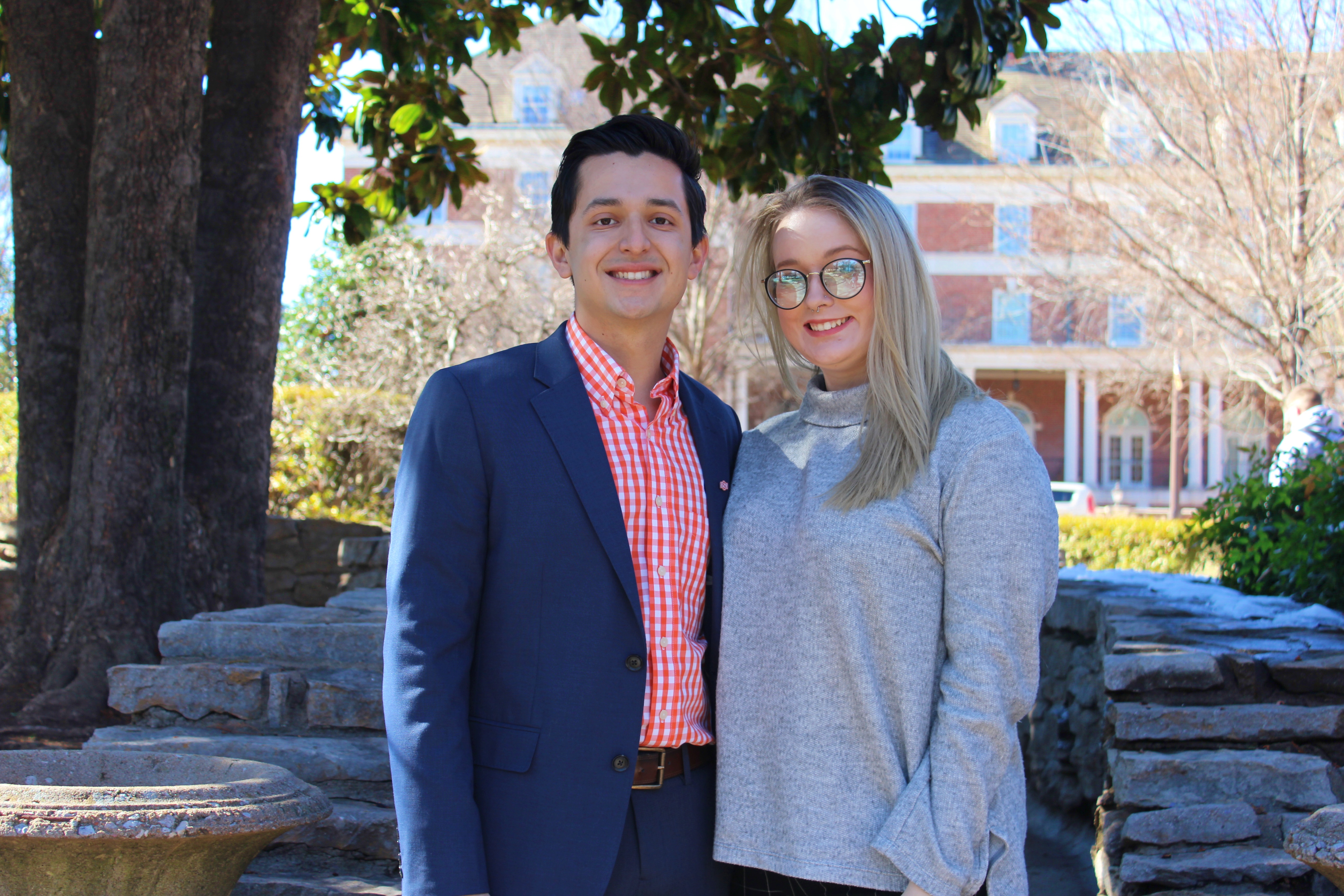 Daniel Hernandez and Haley Macha are two Undergraduates majoring in Applied Sociology with an emphasis in Law, Crime, and Social Justice. Their majors are the same, with slightly different career paths, but they both have the same idea in mind, Unity. When presented with a setback, Daniel reached out to Haley to be his running mate because he knew he could trust her. Haley’s transition from campaign manager to vice Presidential candidate may not seem like an easy task, but she nervously laughs it off when asked about it, because she shares the same vision of Unity for Oklahoma State University.

“United as One” is the slogan of their campaign. On social media, the word “UNITED” broken down to “Understanding” “Now” “Ideas” “Together” “Empathy” and “Dedication” is displayed in their bio, but I asked Daniel what that meant to him.

He briefly talked about how envisions campus being about equal for opportunity, as well as inclusive and developmental for all. Unified, as one might say. He knows that some smaller clubs and organizations have struggles with getting on their feet, both financially and with attendance. However, Daniel wants to find a way to offer the same opportunity for those clubs and organizations with less members and money pull. Daniel feels as if he can shine light on those clubs and organizations that students would enjoy or find useful. Daniel also mentioned that he has been overall inspired by what the current President (Kaitlyn Kirksey) and Vice President (Kristen Ball) are accomplishing on campus, and would love to see the growth continue!

During their campaign, Daniel and Haley have both made it a priority to attend events for clubs and organizations to find out what students are saying. Daniel told me that he's made it a priority to reach out to groups like Afro AM, ASL Club, NASA, OSQNA, RHA, and so many others that students are enjoy, but aren't as well advertised. They both were very passionate about this campaign being about the voices of the student body, instead of their own.

Daniel was also specifically very excited to talk about ideas with food insecurities among the student body, and wants to create more inclusivity and understanding when it comes to them on campus. Daniel talked about the idea of ”food pantry” events, but those events being centered around something other than that to minimize the awkwardness. Haley mentioned how the Student Union Activities Board will hold events that include refreshments, snacks, or even a full meal, and how important it is to have those events free from the need-based stigma. Both Daniel and Haley believe that a conscious integration of these issues into more popular events could help students feel comfortable and get the help they need.

Haley also talked about getting involved on campus, especially with the resources offered, but like Daniel, offered concern about the overall centralized communication process. She told me that she wished she knew about how much help and information there is available for students much earlier. She told me “there was welcome week, then what?” Haley also offered her concerns about students struggling with mental health concerns, and praised the University Counseling Services for all they do. She knows now, whether you’re looking for mentoring, tutoring, counseling, or just a group of friends to eat lunch with, you can probably find it at Oklahoma State. But Haley is set on helping students become more aware and more engaged with those resources to help them better succeed. 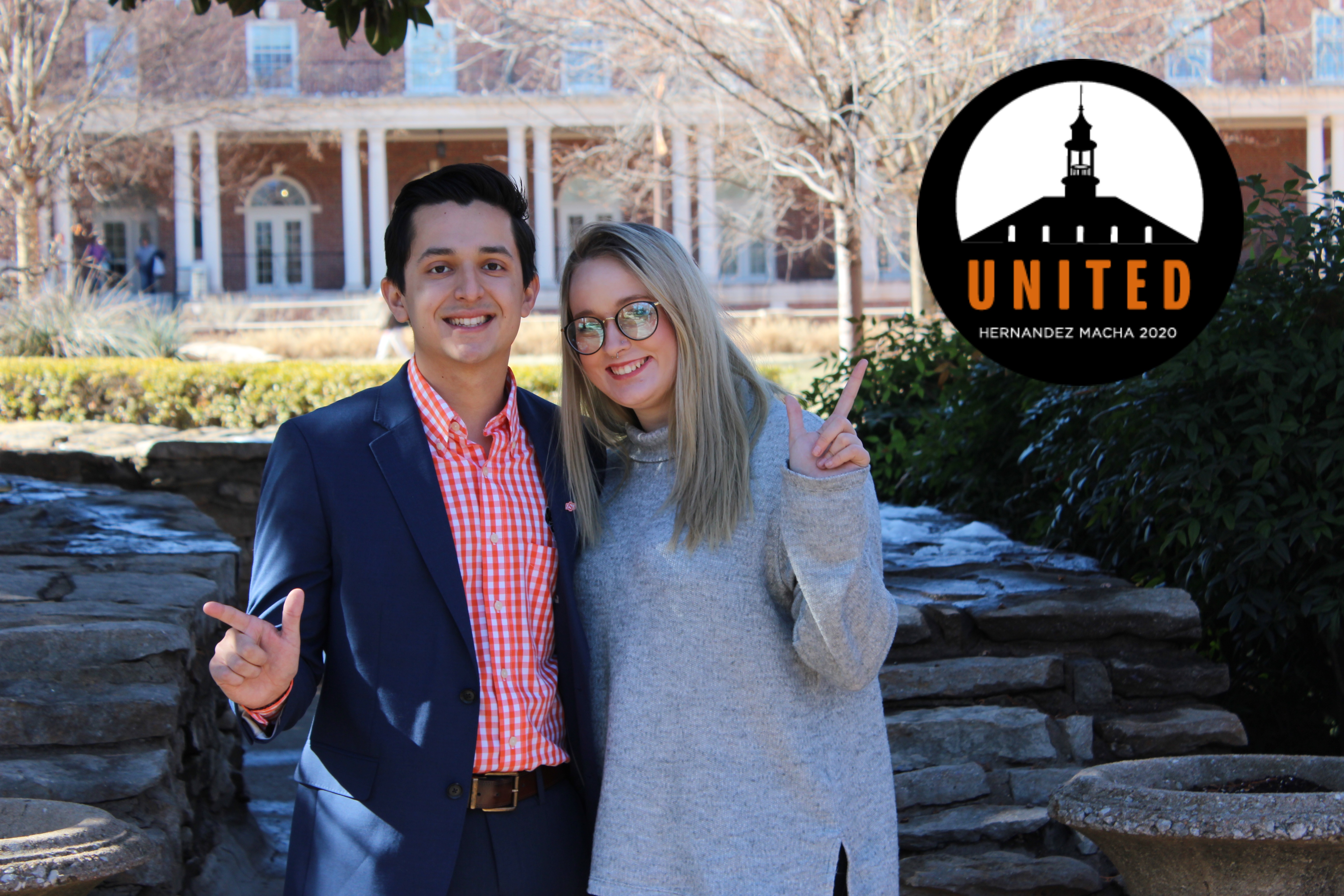 With no greek affliation, Daniel isn't as nervous as he you'd think. I asked him it and he said "If we were running this campaign for ourselves, it would scare me." Daniel is confident that he's running a campaign based off the student body, and both students just want to offer the voice of the student body to those who will hear it. As a Sociology Major, Daniel knows he's always loved to talk to others and been a people person, but the courses he's taken in Sociology have taught him to "understand the importance of reaching out to different groups and people" that aren't like him.

The pair are currently promoting their campaign via social media on twitter and instagram. Their main focus is on the student body, including posts highlighting a diverse pool of students across campus.

Oklahoma State University's Student Government Association elections are being held on March 10th and 11th from 8:00am - 5:00pm at https://campuslink.okstate.edu/.