In 1981, Dr. David Knottnerus received his Ph.D. in Sociology from Southern Illinois University-Carbondale. Following those years, in 1988, Dr. Knottnerus would begin to call Oklahoma State University, and the town of Stillwater, Oklahoma, Home.

Present day, 2019, his contribution to the field of Sociology, including research, publications, teaching, and service for the University goes without being unnoticed. 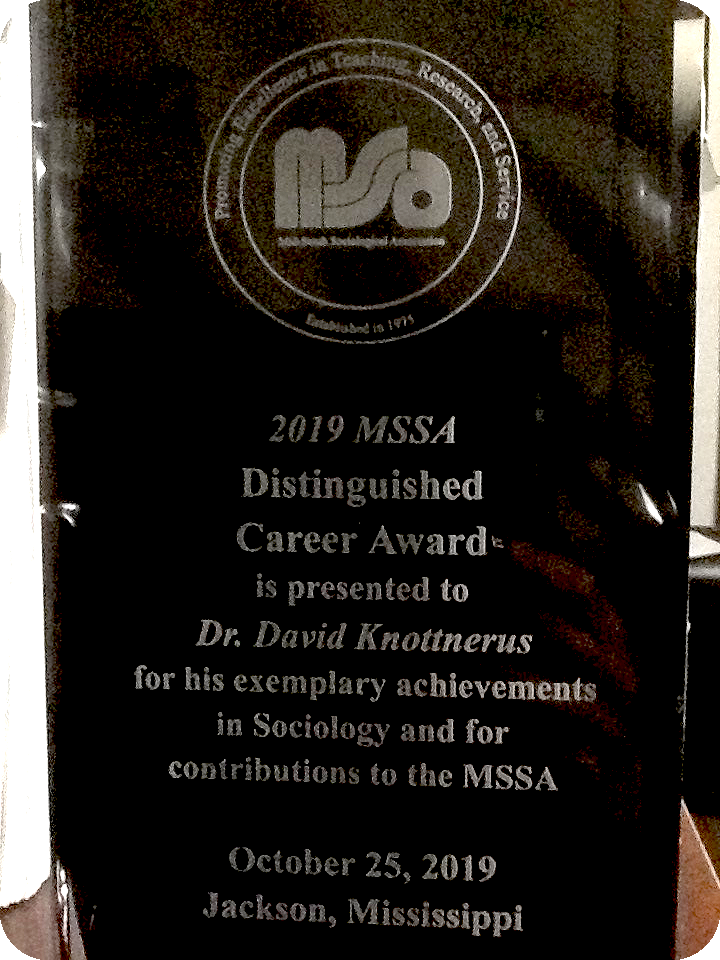 Over October 24th-26th 2019, the Mid-South Sociological Association (MSSA) held its 2019 conference in Jackson, Mississippi. At the conference, Dr. Knottnerus was honored with the 2019 MSSA Distinguished Career Award! Dr. David Knottnerus is honored for his exemplary achievements in Sociology and for the contributions to the MSSA.

"I was about to start work on my Ph.D. at Oklahoma State University in the fall of 1999. All of the teaching assistants had to come in a couple of weeks early and meet with Dr. Ed Arquitt in the Classroom Building – at that time home to the Sociology Department. Everyone was discussing assignments, and I overheard comments about a professor named Knottnerus. “He’s tough,” one said. Another whispered, “That’s what I heard, and did you know he developed his own theory.” For someone fresh off of a master’s degree from a program that did not emphasize contemporary theory, I was terrified. My mind was working overtime. The last comment I heard pushed my mental image of this sociological giant to its limits. Arquitt had just entered the room and someone quickly noted, “I heard Knottnerus is married to a French professor… and I think she’s actually French!” Who was this Knottnerus?

J. David Knottnerus was born and raised in Alton, IL, a small town on the Mississippi River. Like many notable sociologists, his first love wasn’t sociology. He enrolled at Beloit College in Wisconsin to study chemistry. As many of us can relate to, he took an introductory sociology course and his life changed forever. However, just weeks after graduating with his bachelor’s degree in 1969, he was drafted. The Army assigned him to a medical evacuation unit based outside of Tokyo. He took his job very serious. He no doubt experienced psychological strain. He definitely experienced physical strain. From my understanding, he spent a lot of time carrying wounded soldiers. He eventually went on to earn advanced degrees in sociology from Southern Illinois University – Carbondale. After teaching at the University of Tampa, he came to Oklahoma State in 1989. He wanted to focus on research, and he certainly did…

For those who don’t know, Dr. Knottnerus developed Structural Ritualization Theory, and has published extensively on how everyday rituals impact individuals and groups. Though first published in 1997, his theory is most clearly articulated in his book Ritual as a Missing Link (2010). It is important to note that many have used the theory and built on it by looking at interaction in a wide variety of settings – including carnivals, schools, correctional facilities, ethnic communities, elder care, and recently, artificial environments driven by virtual reality. Several of those who are actively pursuing new lines of the theory are former students, including myself. Some of the same people whispering to each other at that meeting I mentioned earlier have built a lifelong relationship with Dr. Knottnerus. But, we aren’t the only ones. He has helped so many in so many ways. I suppose you could say, he is still carrying people who need him.

With that being said, it is truly an honor to present the 2019 MSSA Distinguished Career Award to an unparalleled mentor, superb sociologist, and all-around impeccable person. Former MSSA President, Oklahoma Sociological Association President, and Emeritus Regents Professor of Sociology at Oklahoma State University, J. David Knottnerus. 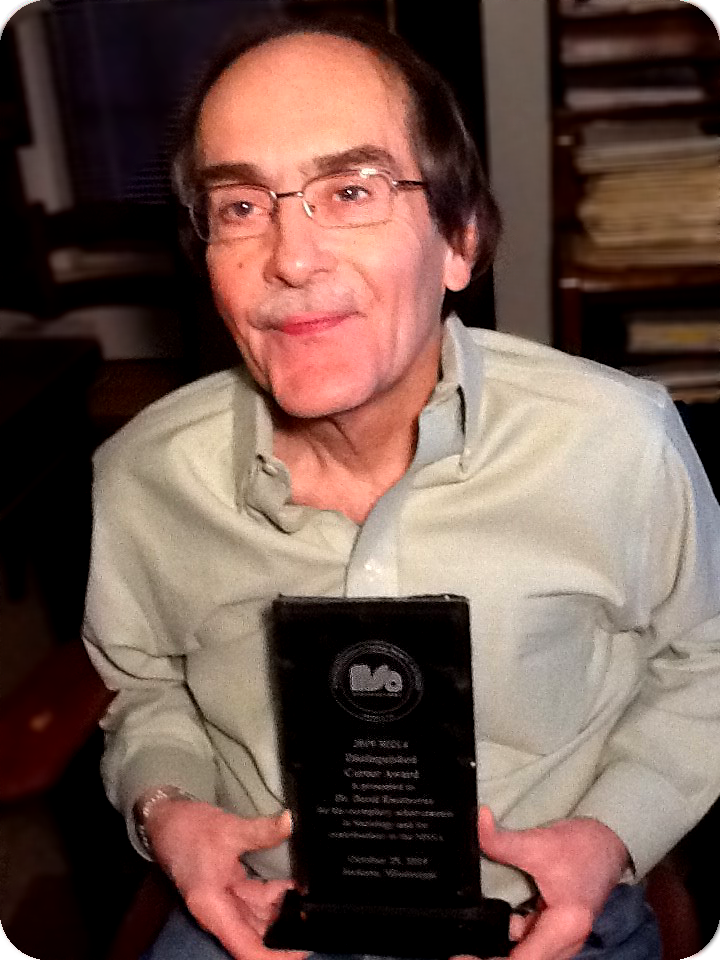 (Dr. David Knottnerus was unable to accept the award at the conference, and is pictured here with the award.)

It is our great honor to congratulate Dr. David Knottnerus, for earning this prestigious award!

More information on Dr. Knottnerus can be found on his departmental page, including his CV, research interests, short biography, and contact information.