Taylor Lopez, Adrianna Rowden, and Haley Smith all three agree that the most satisfying part of the whole competition was being able to apply their knowledge they’ve gained from Sociology courses here at Oklahoma State University towards a real world problem.
What competition are we talking about? 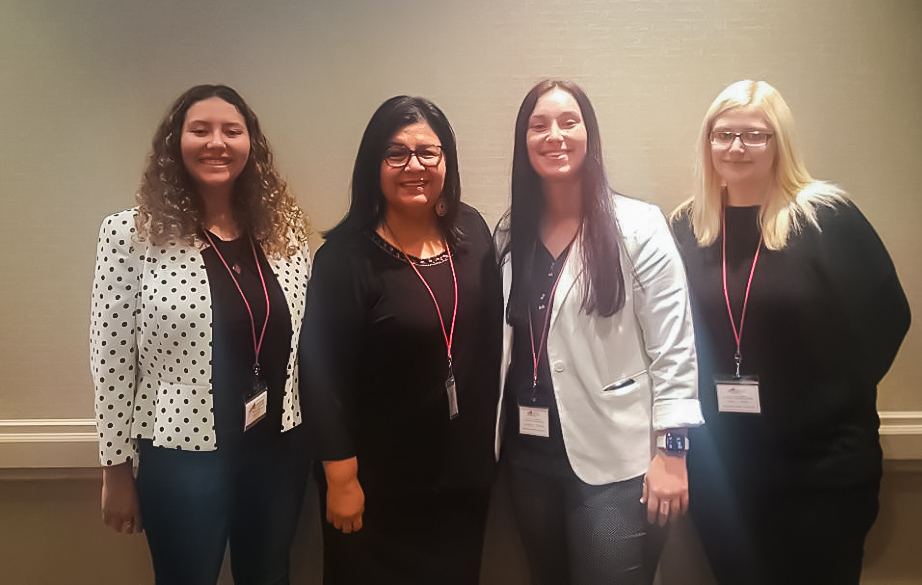 A group of 3 undergraduate Sociology majors and their amazing sponsor took a trip out to Portland, Oregon over Oklahoma State’s homecoming weekend to compete at the Client Problem Competition (CPC) held at the Association for Applied and Clinical Sociology (AACS) conference every year. Dahlia Molloy, their sponsor, has taken students to the competition since 2014. In the past, students from Oklahoma State have received Honorable mention (in 2014), and tied for 1st place (in 2015).

A representative of a local agency (chosen by AACS) presents a problem to the participants when they arrive at the conference, and the students are asked to solve it. The idea of not knowing what the problem was until they got to the conference was the most nerve racking thing for all 3 of the students, but they were excited to “rise up to the challenge” Taylor states.

Haley recalls the primary issue given this year as “how race is related to systematic inequities in housing for the homeless.” And she goes on to say, “obviously this wasn’t an issue we thought we could solve in just a weekend.”

Students get to attend sessions at the conference and ask sociologists and practitioners in attendance questions in order to solve the problem using the applied sociological insights they gather. Haley recalls that “after going to presentations and speaking with experts in the area, we determined the best way to tackle [the] issue was by emphasizing the importance of building communities for people who are often very detached from the society around them.”

The teams then have 12-15 minutes to present their solutions to AACS, the agency representative, and conference attendees in the audience on the last day of the conference, with some time at the end for questions and answers. Finally, the agency chooses the team with the best solution based on the presentation of academic context but most importantly, on the application of social sciences to the agency’s needs in order to win the CPC 2019 award.

The competition provides participating students with: a meaningful way to use applied skills they learn in sociology, experience in teamwork and time management, and serves as a valuable networking opportunity for the next generation of practicing social scientists. Adrianna noted that “the other competitors were very nice and supportive, so it was fun to be able to connect with other sociology students from across the country.” Taylor and Haley both were very grateful to have such a unique opportunity and to represent Oklahoma State University so far from home.

Their sponsor, Dahlia Molloy states “I am very proud of the students; they [were] able to use their sociological insights, skills, theory and methodology to solve a real life problem for a social services agency, and they [did] it in 2 days!”